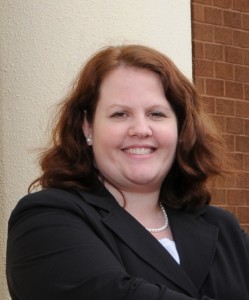 On September 12, 2004, I received a call from my oldest brother who lived in California at the time.  My father had been found in his apartment and the police discovered my brother’s number near the phone.  My father was only 59.  Although he was a lifelong smoker with emphysema and COPD, it never occurred to me that he could die.  I was unprepared.

I was in the last year of Law School at the time.  I had no idea what my father had done to prepare his estate, if anything.  It turns out he did not have a Will.  My other brother and I would soon learn what that meant and how much easier things would have been if he did.

The first thing we did the next morning was to go to the local funeral home where my father had been taken.  We didn’t know if my father had life insurance or a prepaid funeral plan.  He did not.  Fortunately he had enough cash in the house that we were able to pay for some of the funeral expenses.

I realized that we knew very little about my father’s finances.  I knew he banked at Tower Federal Credit Union and Navy Federal Credit Union, we started there.  They wouldn’t talk to us.  My father had not put our names down as payable on death beneficiaries and we had no right to access the money unless we opened an estate.

Our father’s estate consisted of two vehicles, two bank accounts and a loan.  Due to the fact that the value of his estate was over $30,000, it was considered a Regular Estate, which meant that we had a lot more to do.  If we just had the vehicles to contend with, this would have allowed us to open a small estate and pretty much open and close it in one day.

Here are the highlights and lowlights of my father’s probate:

1)      My brother and I filed a Petition for Regular Estate and requested that we serve as Co-Personal Representatives.  We were required to post a bond to protect the estate for creditors and other heirs.  We went to an insurance company near the courthouse and secured a bond and paid a premium of about $180.00.

2)      We had to open an estate account at a bank, which required obtaining a tax ID number for the estate.

3)      My father had inadvertently left my mother, his ex-wife, as beneficiary on one account so she received that money, which I am sure he would have been happy about.

4)      My mom had to pay inheritance tax of 10% on the house since they owned it as Joint Tenants with Rights of Survivorship, which was approximately $7000.00

5)      My father had several years-worth of unfiled tax returns.  He had tax taken out of his paychecks; however, he just never filed the returns.  If he had, some years he actually would’ve been entitled to a refund.  Instead with penalties and interest he owed over $30,000.  Over the next two years, I negotiated with the IRS, providing copies of medical records and was able to negotiate it down to $1,800.00.

My father’s death taught me a lot about the need for a proper estate plan and the hassle of probate.  It also taught me that some, if not all of it, could have been avoided if we had just had a conversation.