Trusts have many potential benefits. One of those benefits is that they can be very flexible. One way to increase the flexibility of a trust is by including powers of appointment.

Second is delivery. The trust could require the instrument exercising the power to be delivered or discovered by the trustee by a certain date, like within 30 days of the death of the powerholder.

Fourth is outright or in Trust. The power may appoint the assets outright to the appointee or it may keep them in a continuing trust for the appointee.

A power of appointment can add tremendous flexibility to a trust. For example, a surviving spouse or child could be given the power to decide what happens to the assets remaining in the trust at their death. It may be advantageous to give them this power but not to give them the assets outright, for many reasons. For example, they might have creditors or a taxable estate. You may want to protect them from a spouse. By leaving the assets in trust, the grantor of the trust can retain control over who eventually gets the assets, for example, by keeping them within the family.

Let’s say the client dies in year 1. They leave their assets in a trust for their spouse and children. When the spouse dies, the assets are set to go equally to the children unless the surviving spouse exercises the power of appointment. When the client dies, they leave $3 million in the trust and have 2 children, both with equal abilities and needs. By the time the surviving spouse dies, maybe 20 years later, they’ll have much more information. Maybe one of the children will have won the lottery while the other child will have become an elementary school teacher. The surviving spouse may decide, based on this additional information, to give a greater share of the assets in the trust to the child who is a teacher.

A trust can allow tremendous flexibility and a power of appointment is one way to obtain that flexibility. 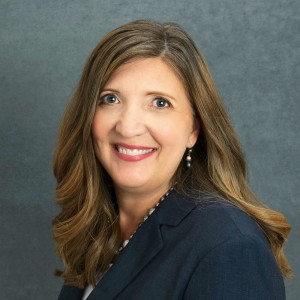 Nicole Livingston focuses her practice in the areas of estate planning, special needs planning, and elder law. Prior to becoming an attorney, Ms. Livingston was a speech-language pathologist. She worked primarily with geriatric patients with neurologic conditions in a sub-acute setting.

Nicole Livingston focuses her practice in the areas of estate planning, special needs planning, and elder law. Prior to becoming an attorney, Ms. Livingston was a speech-language pathologist. She worked primarily with geriatric patients with neurologic conditions in a sub-acute setting.