If you have married someone and your spouse has children from a different relationship, those are your step-children. Even if you have helped raise the child from a very young age, unless you have adopted the child, they would not be considered your child for inheritance purposes. The implication of this can be significant.

Here’s an example: When Harry met Sally, Sally had a newborn child, Betty. Harry married Sally shortly thereafter. They raised Betty together, but Harry never adopted her. Sally died while Betty was in college, leaving Harry all her assets. Unfortunately, Harry didn’t have an estate plan. As a result, when Harry died the following year, he was intestate. According to the laws of the state where Harry lived when he died, since his parents and spouse had predeceased him, his estate would go to his siblings, with whom he and Betty had only strained relationships. Betty really needed the money to pay for college and to get a good start in life. But now she’d be penniless and would feel abandoned by her father.

Harry and Sally could have avoided this situation. Of course, Harry could have adopted Betty when she was young. However, that may not have been possible or desirable for numerous reasons. Also, if Harry didn’t have an estate plan, even if he had adopted Betty, she would have inherited the assets outright.

If you intend to leave assets to your step-child, you need to plan to do so. The laws of intestacy will not take care of your step-child. You have to affirmatively provide for the step-child in your estate plan. Otherwise, like Cinderella, your step-child would get nothing.

The information in this article was provided by Stephen C. Hartnett, J.D., LL.M. Director of Education of the American Academy of Estate Planning Attorneys, Inc. 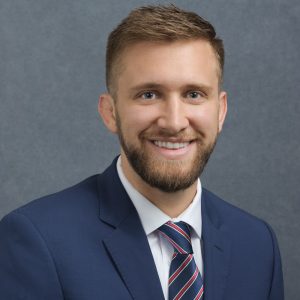 Alexander M. Pagnotta, Estate Planning Attorney
Alex Pagnotta’s personal experience with the problems that can result from an inadequate estate plan along with his interest in helping others drove his desire to pursue the areas of estate planning and estate administration. He counsels individuals and families to preserve wealth and ensure that their hard earned assets are passing to the correct individuals when they want and how they want.

We initiated estate planning following a presentation by SinclairProsser Attorney Jon Gasior. We were so impressed, we contracted with them to complete our estate planning. Subsequently, we assembled information on our assets and SinclairProsser did the rest. Correspondence was communicated to our financial institutions and the estate was established. We were very pleased with the courteous manner of the SinclairProsser staff. However, it was their professionalism that made us satisfied we chose… END_OF_DOCUMENT_TOKEN_TO_BE_REPLACED