The pop culture world was saddened to learn of the death of Luke Perry, who died tragically on March 4, 2019, surrounded by family and friends. Perry, whose full name was Coy Luther Perry, III, rose to fame as he starred on the popular 90’s show “Beverly Hills 90210”. He passed due to a stroke that he suffered just days before his death. Although he was only 52 years old, it seems Perry took necessary steps to assist his family make difficult decisions at a traumatic time.

According to reports, Perry had been hospitalized due a serious stroke and was under sedation of medicine. He was surrounded by his children, who were only 21 and 18 years of age, his mother, ex-wife and fiancé. After five days of receiving treatment and discussion with doctors, the family made the decision to remove life support. Based on this decision, it is believed that Perry executed an Advance Directive or Power of Attorney that stated his wishes about receiving end-of-life care.

An Advance Directive is a written document that allows you to state your medical preferences in case you are unable to communicate your wishes. The document, which also may be known as a Living Will, addresses various health aspects including your desires for life sustaining measures, feeding tubes and the administration of medicine. Also, the directive allows you to appoint someone to make your health care decisions and to administer or withhold treatment or procedures based on your stated wishes. Perry’s family likely had some directive or wishes to assist in deciding to remove him from life support. Having this document can bring comfort to your loved ones knowing they are acting based your personal beliefs and values.

In addition, it is believed that Perry created a Last Will and Testament in 2015, which left everything to his children. Also, Perry may have created a revocable living trust as he is believed to have a multi-million dollar estate. A trust would assist in keeping his affairs private, as a Will would proceed through the public probate process. In addition, if there is a trust, it may allow his trustee to manage his accounts and property, determine distribution of assets for his young children, and minimize taxes.

The untimely passing of Luke Perry reminds us it is essential to have legal documents in place. SinclairProsser Law can assist with drafting your estate plan to ensure you and your family are protected and provide you peace of mind. 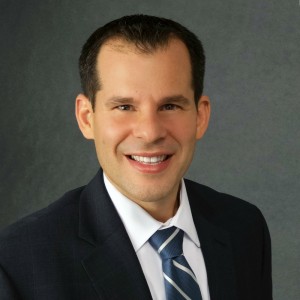