Home / Last Will in Maryland / Can I Contest My Father’s Will?

“Can I Contest My Father’s Will?” by Attorney Jon J. Gasior (Audio)

No matter how old you are, the loss of a parent is never easy to accept. If you recently lost your father, you are undoubtedly going through a period of grief and heightened emotions. At the same time, there are practical and legal issues relating to your father’s death that must also be addressed. At the top of that list is the administration of your father’s estate. If your father left behind a Last Will and Testament, that Will must be submitted for probate and then used to determine how his estate assets are distributed. What happens, however, if you are concerned about the validity of the Will submitted to the court? Can you contest your father’s Will? The Annapolis probate attorneys at SinclairProsser Law can explain who can contest a Will in Maryland and what you must prove to be successful in a Will contest.

Probate is the legal process that is typically required after the death of an individual. Probate is intended to serve several functions, including the authentication of a Last Will and Testament submitted on behalf of the decedent. If the Will is authenticated, the terms of that document will then be used to determine how the decedent’s estate assets are distributed.  Anyone in possession of an original Will is required to submit that Will to the appropriate court to begin the probate process. In Maryland, probate is handled in Orphans’ Court.  It is during probate that you would contest the Will submitted to the court if you believe you have grounds on which to do so. The process of contesting a Will in Maryland is referred to as a “caveat proceeding.”

Who Can Initiate a Will Contest in Maryland?

Even if you believe you have a valid reason to contest a Will, to do so you must have “standing.” In fact, the first consideration when discussing the possibility of pursuing a Will contest should be whether or not you have “standing.” Standing is basically just the legal term used to mean you have the legal right to bring the action in question.  In Maryland, beneficiaries named in the Will always have standing. In addition, legal heirs of the estate also have standing. You are a legal heir if you would inherit under the state’s intestate succession laws. Intestate succession laws dictate who inherits from an estate if the decedent died intestate, or without a Will. Typically, this refers to a spouse and/or children. If the decedent was not survived by a spouse or child, more distant relatives become heirs, such as parents or siblings. As a child of the decedent, you would have standing to contest the Will as an heir, even if your father did not name you as a beneficiary.

Do You Have a Valid Reason to Contest the Will?

Although the sensationalized stories we all hear on the news would have you believe otherwise, the truth is that you cannot contest a Will without a good, legal, reason to do so. Having standing only gives you the right to contest the Will. You must also have legal grounds on which the Will could be invalidated to move forward with a Will contest. Being unhappy with the inheritance you were left does not qualify as a good reason. In Maryland, you must allege, and ultimately prove if you wish to be successful, one of the following grounds that invalidates the Will: 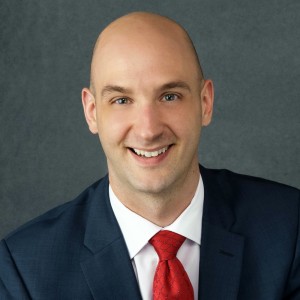 We initiated estate planning following a presentation by SinclairProsser Attorney Jon Gasior. We were so impressed, we contracted with them to complete our estate planning. Subsequently, we assembled information on our assets and SinclairProsser did the rest. Correspondence was communicated to our financial institutions and the estate was established. We were very pleased with the courteous manner of the SinclairProsser staff. However, it was their professionalism that made us satisfied we chose… END_OF_DOCUMENT_TOKEN_TO_BE_REPLACED