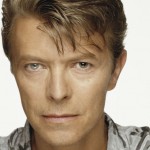 When David David Bowie passed away from cancer on January 10, 2016, we lost an icon whom had far-reaching effects into the world of music and culture. However, we gained some valuable lessons from his profound business and estate planning. After David Bowie married his second wife, supermodel Iman, he moved to New York and strategically planned out his financial legacy. Although he had … END_OF_DOCUMENT_TOKEN_TO_BE_REPLACED